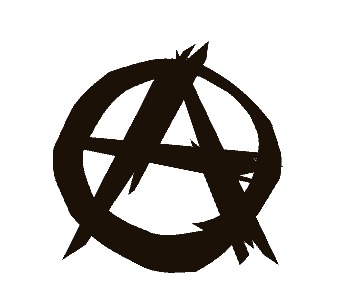 Today as I was returning from university, I was thinking of Austro-libertarianism (as usual) and bumped into an unpleasant deadlock. I thought of the unfair advantage that monopolies (of course State monopolies) have over private activities. When I applied this case to private defense, the outcome was scary.

Take a hypothetical example: Albanians have somehow become more intelligent than the rest of the world and have successfully instituted a fully anarcho-capitalist society. There, the idea of the State is in the past, and whether it is the grocery store or the defense services, they are all privately serviced. On the other hand, the neighboring Serbia has remained a statist, social-democratic state. In addition, its political class has nourished further the hawkish mentality against Albanians, looking to return Kosovo under its claws at any given opportunity.

How could Albania that has established anarcho-capitalism defend itself against Serbia which forcibly collects taxes to fund the State army and has instituted compulsory conscription to strengthen its ranks? Just as the State post office poses an unbearable competitive advantage over other existing or emerging private post offices, the neighboring country that relies on monopoly of force to fund its army services will in the same way have an advantage over the anarcho-capitalist society concerning defense. And if Serbia decided to pursuit a chauvinist agenda (Serbians have a PhD on violence) and occupy the anarcho-capitalist society, their largely funded army would have no problem dispersing the many, small private agencies that operate there, in a matter of weeks. While the State army would undoubtedly be highly inefficient compared to the private agencies, its huge pool of funding will offset this incompetence to a degree that would still make it stronger than the private agencies.

For the first time ever, my shallow thoughts had led me to think that Rothbard was inconsistent: State monopoly is unfair to other private firms, but private defense can still work if there are other States with monopolies on force. At the end of the day the world is just another bigger market. I sat in the train for moments, bemused with the puzzle I had presented myself, and hastily concluded that anarcho-capitalism can only work if every society in the world is such. In the reality that we live today, even if we managed to establish one anarcho-capitalist society (Albania), other aggressive States (Serbia) would pose a serious threat to that society because of their monopoly advantage.

This, luckily, is not the case. I quickly realized how wrong I was when I gave it another thought. The first and foremost difference that I couldn’t make was that, even though the State of Serbia could fund its army through compulsory taxes, it would do so only against Serbian subjects, not Albanian. This is a crucial difference, for in the post office situation the State taxes (and makes poorer) the people who will potentially open a new private office, in addition to presenting them with an unbeatable competitor. In the case of Albania, no taxes whatsoever will exist and the only ones to be taxed would be Serbians in their own country. While it would still constitute a monopoly, it would only do so in Serbia, and not elsewhere – precisely because no one other than Serbians are being taxed for it and no one other than Serbians are being presented with an unbeatable competitor. If Sweden has a public post office, Norway won’t suffer from it because it doesn’t get taxed to maintain it, Swedish people do. And while it would still constitute a competitor, it wouldn’t be as damaging to Norwegians (who can use private posts) as it will to Swedes.

Now since the question of “monopoly over private defense” is out of the way, there are other arguments which help the case for anarcho-capitalism. Even if Serbia can count on its “entire” population to fund its State army, it doesn’t necessarily mean that it will extract more funding than Albania. Remember, Albania is a way richer country and defense is one of the most sought after commodities. If the monopolistic State of Serbia posed a serious threat, Albanians would be naturally willing to pay their private defense firms more. They would even do so to a level in which the private firm revenues would exceed the taxes that Serbia can extract from its citizens. In addition, the overwhelming efficiency of the private defense firms compared to Serbia’s State army will ensure that costs are much, much lower and that they would be earning great profits. And because we’re dealing with a free market, it’s logical to think that the quality of services provided by the private defense firms would dominantly exceed Serbia’s bureaucratic army. Lockheed Martin equipment would be up against old, Soviet manufactured garbage, and we all know the outcome. The fastest man in Serbia would run even faster.

Taking into account the same interests that competing private firms would have in Albania–a climate of safety–it’s very logical to think that they would team up in an “army” style to keep Serbs at the bay. Firms would then use their competitive advantage to slot into different areas; some would take air, some ground, some would plant mines, some would launch missiles. It wouldn’t be a surprise to see them work individually either. This would be a great opportunity for them to show quality in both protection and humanity. Those firms that would fail to protect Albanians would be blitzed out of the market the next day, and those that would overstep the boundaries and attack innocent Serbs would be shamed in the news and yes, blitzed out of the market too. With zero restrictions and the full support of the scared customer, these private firms would do wonders in areas of safety, humanity and efficiency. Serbia wouldn’t stand a chance.

So while there may be objections to private defense–the last stronghold of minarchism–the idea that a neighboring country with a monopoly on force can pose an absolute advantage over a society of private defense is a fallacy. Simply because States have something like a blank check for their incompetent, wasteful and of course unethical armies, does not mean that they will extract more funding than the voluntary private firms. The question of efficiency shouldn’t be even discussed, as shouldn’t that of quality in both service and ethical values, for they clearly side with the private firms. This just goes on to prove to ignorant people that compulsion cannot stop voluntary transactions once they exist, but only suppress them from appearing in the first place. If we could only build a society where such transactions were present, even the cruelest of the monopolies would fail to shut us down.

One thought on “Private Defense Forces vs. State Monopoly Army”